If one were to look at a map of the planet and find the equator, they'd find the dividing line that splits not only our hemispheres, but sets the bar for wildlife diversity. It is a known fact that the further from the poles and closer to the equator we reach, the more biodiversity we experience. The frigid climes of the northern and southernmost reaches of our planet don't provided cold-blooded denizens a survivable climate, nor is it optimal for lush plant life. Biologists refer to this concept as the LDG, or Latitudinal Diversity Gradient, and it is the broadest indicator of noted biodiversity patterns on earth. As the southernmost state in the U.S. and a major attractor of foreign business, visitors, and exotic pet owners, Florida is a perfect place to harbor invasive species from Burma to Belize and almost anywhere in between. Learn about 10 of these invasive species and what you should look out for if you encounter one in the wild, or on your doorstep.

Outside of the now-notorious Green Iguana, the Cane Toad is one of the most common invasive species in the world. The South & Central American native has long been a commonality at our doorsteps, driveways, front yards, and... everywhere else too.

Caution: Keep your pets away, as when bitten they secrete a poison that is often fatal to animals. They are not dangerous to humans.

The Green Iguana was once exclusive to our high school biology classrooms. Thanks to negligent pet owners releasing these reptilians over the years, they have now inundated virtually every tree, waterfront property, and backyard in America. Though they've frightened some of our more timid residents and can grow somewhat large, these herbivores are harmless to humans, but still should not be handled.

Yes, these absolutely gorgeous birds are invasive. These South Asian natives have been exported for millennia thanks to their stunning plumage - functioning as wandering lawn ornaments for the wealthy. First imported to Hawai'i in 1860, these birds are hardier than they look, with populations found everywhere from Wyoming, to South Florida, and even Southern British Columbia. While visually beautiful, they shed everywhere and have one of the most awful squawks known to man.

The Lionfish is a venomous yet picturesque invader from the Indo-Pacific region that has been spotted in the Mediterranean, Adriatic, and Caribbean Seas. Since arriving in the North Atlantic only 3 decades ago, they have wrought havoc on the local species and the coral reefs that are such an intrinsic part of our ecosystem. Hunters have fancied them for their meat, which is an upside to fighting this species.

Caution: Lionfish have spines across their back that are venomous. The sting can cause intense pain and sweating, but is not known to be fatal.

Native to South Asia (seeing a theme here?) the Bullseye Snakehead is one of several snakehead species that have made the trip to the Southeast United States. They grow faster than most species within their genus and have been cultivated due to their reportedly excellent taste and lack of fine bones to work through. Though the Sci-Fi Channel has had their fun with these fish, there are no reports of snakehead fish posing any danger to humans, save for sparse reports of Giant Snakehead acting aggressively near their nests.

These were a little scary to hear about growing up in the 90s, but they still pose a threat to humans, though they are predominantly harmful to the ecosystem rather than us. Their name gives their origin away, yet unlike the others on this list, these bees were the byproduct of a crossbreeding program gone wrong. Also known as the Killer Bee, they have been responsible for more than 1,000 deaths since their first escape from quarantine in Brazil in 1957.

Caution: Africanized Killer Bee attacks are extremely rare, but they are aggressive in defense of their hives. Stay clear if a hive has been spotted and contact a professional.

The Burmese Python is one of the most notorious invasive species in Florida. With no natural predators, this massive beast has fought the alligator for supremacy of the swamps. Though sightings in suburban settings are rare, any sightings should be reported immediately. As their name indicates, they originated in Burma (now Myanmar). Their presence is primarily attributed to negligent pet owners releasing these into the wild.

Caution: Burmese Pythons can kill pets and are able to grow large enough to prey on humans, though contact in civilization is extremely rare, with attacks even rarer.

Have you ever walked outside after a deluge, and saw some weird slimy fish waddling side to side on the sidewalk? We all wondered the same thing when we first came across the walking catfish near sewer drains and gutters during midsummer downpours: what the heck is that?! While its walk is more of a shimmy or a wiggle, these airbreathing catfish were first reported in Broward County in 1967 and are commonly seen in the Everglades, though their population has declined in recent years.

The mustard colored Oscar is a South American escapee from the aquarium industry and can now be found inhabiting canals and reservoirs all across South Florida. Over the years they have become one of the most popular freshwater fish, despite the state record lying at a shade over 2.34 lbs (caught in Lake Okeechobee). While they pose no danger to humans, the fin rays across their dorsal region can be extremely sharp and are projected when the Oscar feels threatened. Handle with care!

The  Nile Monitor is another byproduct of pet owners who we'd like to describe with words that do not befit the class of Champagne & Parisi. The Nile Monitor emerged from the Nile River only to be laundered through the pet system and launched into the Everglades. On April 29, 2021 the Nile Monitor was added to the prohibited species list by the FWC. This semi aquatic lizard is fleet of foot, can use its back like a rudder when swimming, and is also an adept climber. They have established populations in Lee and Palm Beach Counties, with sightings reported in Broward County as well.

Should I Be Worried About Moving To Florida?

No! Just like Colorado has bears, Arizona has giant centipedes, and California has... people, Florida's native and nonnative wildlife should be understood, respected, and treated with caution. Our flora and fauna should never be a deterrent to seeking a better life wherever you choose to be.

To Learn More About Wild Boca Raton - see below... 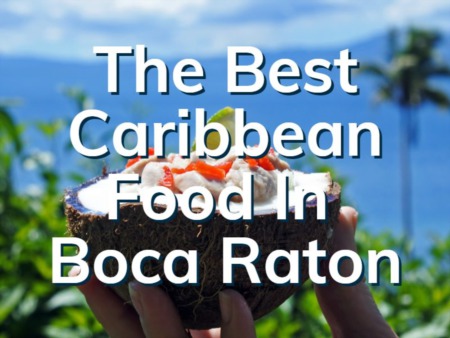 The Best Caribbean Food In Boca Raton | Island Food Near Me

Boca Raton is home to some of the best fine dining in South Florida. You are never far from outstanding Italian food or sensual French cuisine. ...Read More 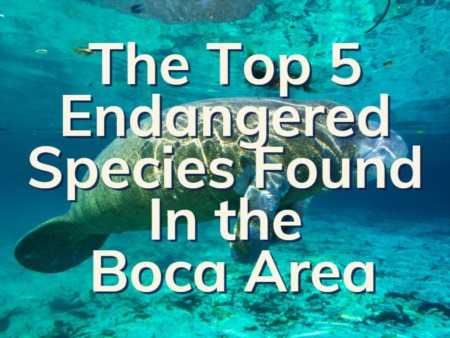 As the Summer months are fast approaching, the presence of our local flora and fauna will teem in comparison to the more temperate days behind us. ...Read More 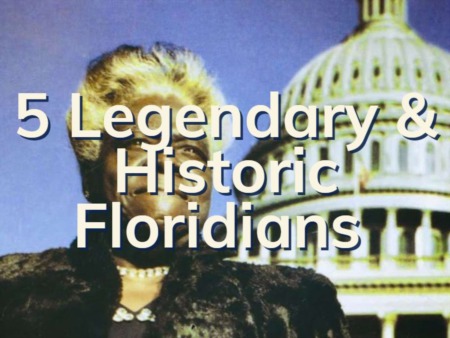 We've enjoyed writing about the many sights, sounds, flavors, and experiences modern Boca Raton has to offer. Lately, we've had the itch to delve ...Read More