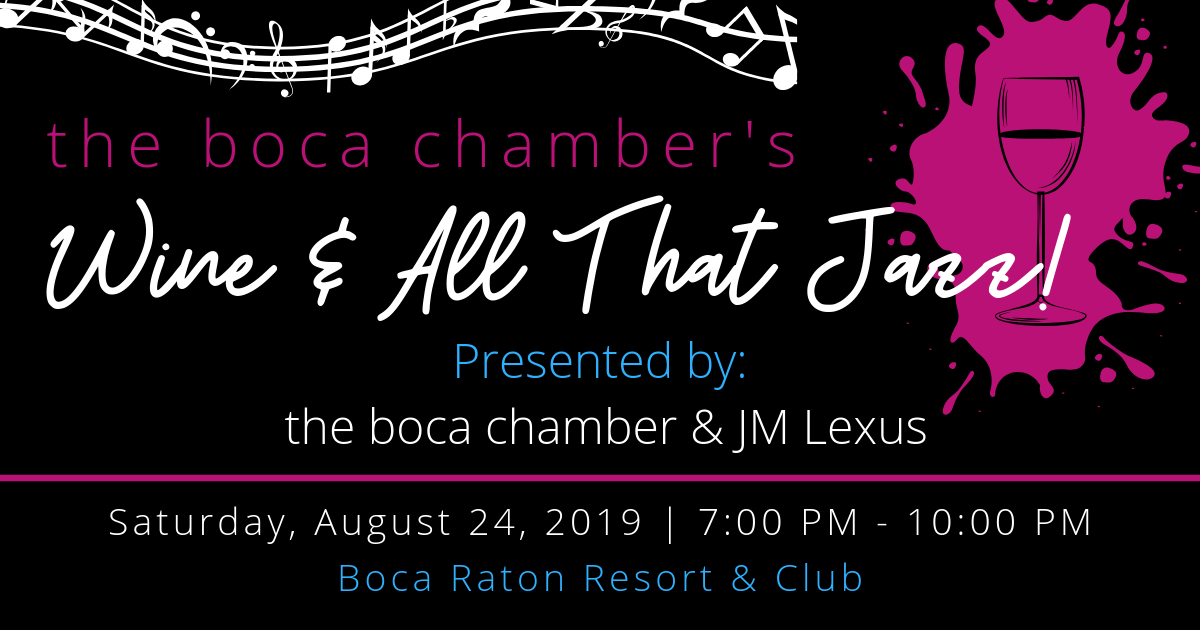 Come join the end-of-summer celebration at Boca’s annual "Wine & All That Jazz!" party on Saturday, August 24, 2019! Presented by the Boca Chamber of Commerce and JM Lexus, this exclusive event will take place at the luxurious Boca Raton Resort & Club, bringing together the “who’s who” of the Boca Chamber & the local community.

Featuring more than 100 varieties of wine, spirits, and beer, as well as dinner entrees by the bite, guests will have the opportunity to indulge in an array of adult beverages and culinary delights from over 15 of Boca’s top restaurants. The event will feature a live band performing smooth jazz in the main event room, which will later transform into a dance party when they turn up the volume with top hit music from yesterday and today. "Wine & All That Jazz!" will also feature an exciting raffle with a host of amazing prizes including wine baskets, spa packages, concert tickets, & more! VIP passes are available for those seeking the red carpet treatment, granting access to an ultra-exclusive, private VIP lounge offering gourmet cuisine, fine wine, and live entertainment by DJ Chris Prime. 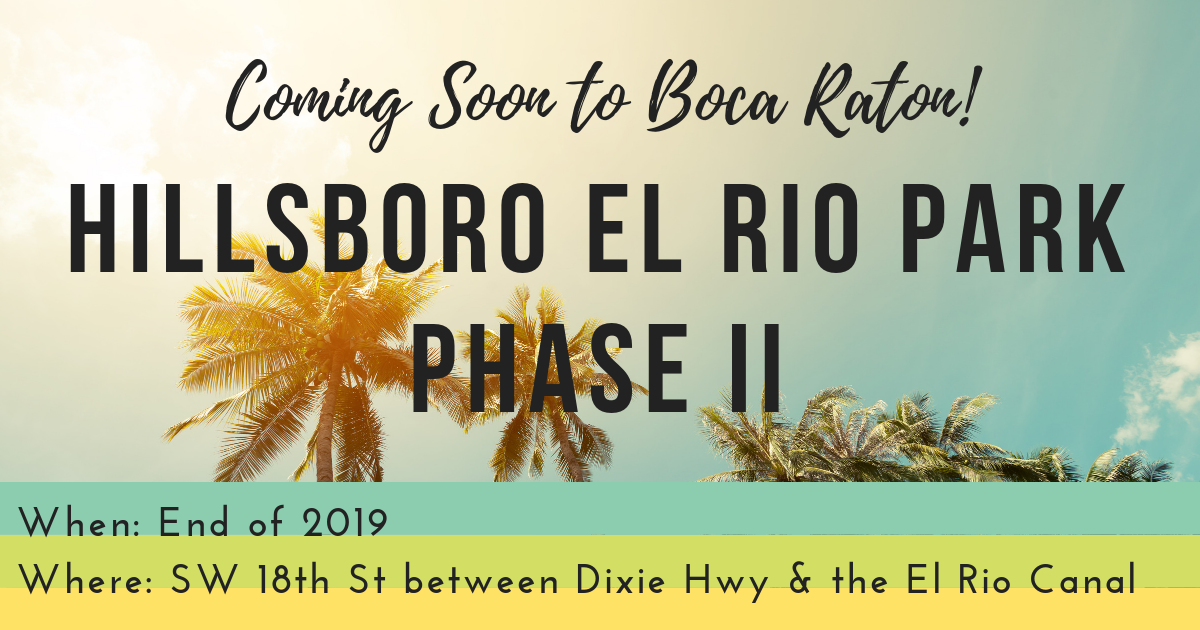 Development of Hillsboro El Rio Park Phase II in southeast Boca Raton is now underway with an expected opening at the end of 2019. This 14-acre, city-owned parcel of land located on the south side of SW 18th Street between Dixie Hwy & the El Rio Canal, will be the site of the City of Boca Raton’s newest waterfront park. Phase I of the Hillsboro El Rio Park, which is located on the north side of SW 18th Street, has been open to the public since 2002.

Though plans for completing phase II of the Hillsboro El Rio Park have been in the works for several years, a renewed commitment to the development of the City’s waterfront park sites has now taken priority. After receiving input from nearby Boca Raton residents and the Parks and Recreation Board, a new and improved site plan was created for phase II which is estimated to cost approximately $7.8 million. By the end of 2019, the new Hillsboro El Rio Park Phase II will be open to the public from dawn till dusk, offering the following amenities:

For the latest updates & additional info about Phase II of the Hillsboro El Rio Park please visit the ...