Turnstiles: A Tribute To Billy Joel | 'Summer in the City' Series Free Concert 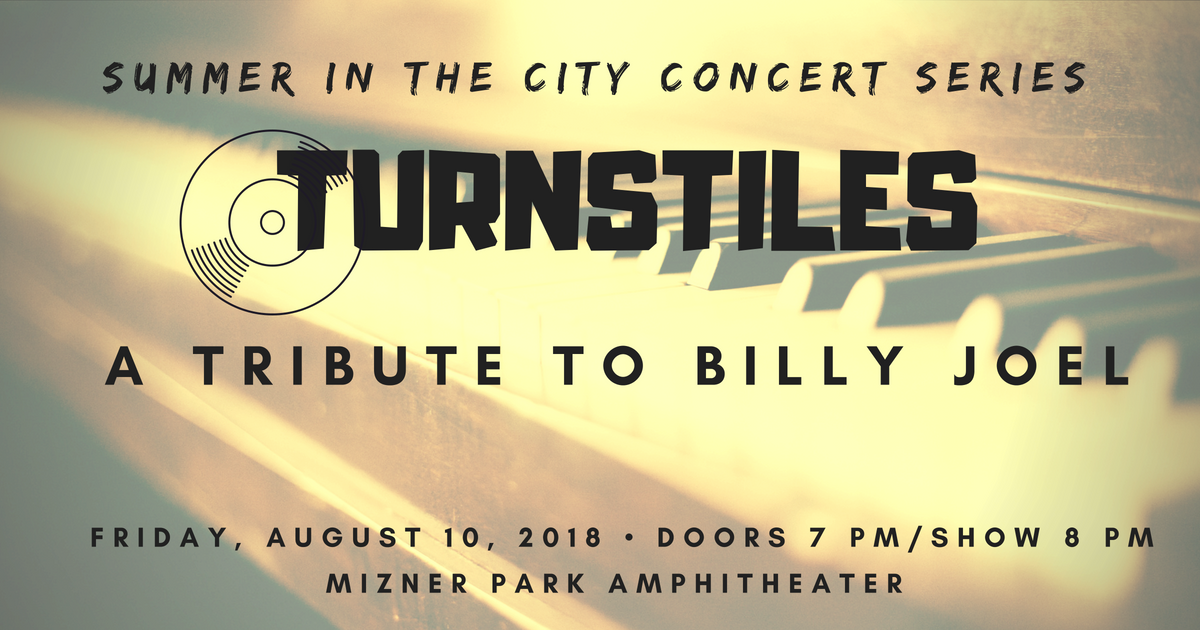 This Friday, August 10, 2018, the City of Boca Raton will host the next FREE tribute concert in the “Summer in the City” concert series line-up at Mizner Park Amphitheater, with an outstanding live musical performance of “Turnstiles: A Tribute to Billy Joel.” This family-friendly event is free and open to the public, with doors opening at 7:00 pm and the concert beginning at 8:00 pm. The concert will kick off with a special performance by a surprise musical guest (TBA), sponsored by the Funky Biscuit.

Following the special guest performance, Turnstiles, a critically acclaimed South Florida-based Billy Joel tribute band, will hit the stage with a rockin’ performance hailed to be the ultimate tribute to the music of Billy Joel. Tony Monaco, Turnstiles’ leading front man & lifelong fan of the Piano Man, became inspired by the musical genius & unique style of Billy Joel when he was just a young budding musician and has since used that inspiration throughout his musical career to grow as a pianist, singer, and songwriter. Never intending to be an “impersonator,” Tony’s focus is purely on the music and delivering an authentic live Billy Joel musical experience that is second to none. Turnstiles’ faithful renditions of Billy Joel’s timeless classics will move both casual listeners and hardcore fans alike, promising an awe-inspiring concert experience that will have you singing along and screaming for more!

In addition to the extraordinary live musical performances, the event will feature plenty of family-friendly... 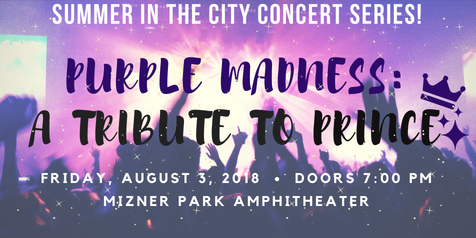 This Friday, August 3, 2018, the City of Boca Raton will host the next free tribute concert in the 'Summer In The City' concert series line-up with a live musical production of “Purple Madness: A Tribute To Prince.” This family-friendly event is free and open to the public, with doors opening at 7:00 pm and the concert beginning at 8:00 pm. The free concert will kick off with a special performance by musical guests TCHAA (pronounced CHA), sponsored by the Funky Biscuit. TCHAA is a popular local South Florida band with an entirely unique sound which can be described as a funky blend of Jazz and Hip Hop that is sure to get the crowd movin’.

Following TCHAA, Purple Madness will hit the stage with an unforgettable tribute performance to Prince, one of the most beloved artists and influential entertainers of all time. Widely known as America’s #1 Prince Tribute Band, Purple Madness will bring to life some of Prince’s most memorable concert moments with a high energy, electrifying, “must see” performance. Purple Madness leading front man & world-class Prince tribute artist, Bobby Miller, along with some of the most talented dancers and musicians touring the U.S. and abroad, have all but perfected every last nuance in recreating the sights and sounds of the artist Prince, promising a mind-blowing show which the group proudly describes as second to none.

In addition to the live musical performances, the event will also feature plenty of fun and games, as well as food and beverages available for purchase inside the venue. Mizner Park Amphitheater is located at 590 Plaza Real in Downtown Boca Raton, FL. Event attendees...