Boca Raton and South Florida as a whole are renowned for their intercontinental diversity. There are few places in the world where you can find such a blend of communities. From Latin America to Eastern Europe, we're blessed to live in a place that magnetizes so many global flavors, cultures, and perspectives. Thanks to the many influences we've imported over the years, Boca Raton has become a renowned market for international foods. When the endcap at Publix just won't do, and you're looking for something truly extraordinary, try these Boca Raton international markets for the best of the world abroad!

West Boca's Somerset Shops sits just a few blocks west of the turnpike exit on Glades Rd. Within the interior of the shop is this quaint, but well-stocked Russian and Pan-Slavic market. Enjoy the very best of Russian, Polish, Czech, Ukrainian, and even Kosher foods at this longstanding nexus of Eastern European influence. These include canned and preserved goods such as pickles, sauerkraut, and deli meats - in addition to their hot bar offering many favorites for lunch.

Thankfully for us, these no-frills market titles make it easy to know what cuisine we're getting into. The Boca Oriental Market is an extension of South Florida's limited, but significant East Asian influence. The sheer popularity of Asian foods such as the many sushi restaurants in Mizner Park ensures that the presence of Asian foods is positively disproportionate to the size of our population.  The Boca Oriental Market carries the staples of Asian cooking, including a wide selection of marinades, sauces, stir fry veggies, and noodles. In addition, they stock specialty favorites such as rare seafood offerings and mochi ice cream.

Named for the ancient capital of Syria, the Damascus Food Market has been a Boca Raton institution since 1985! Anyone who's lived in Boca Raton for more than 30 years has seen the rapid evolution, making a specialty market like Damascus that much more impressive. While there may be some cross-pollination with nearby kosher markets, The Damascus Food Market shades more towards the entire Middle East, Turkey, and Grecian influences, rather than focusing on the Judeo-Islamic influences that span the Levant. They're a stones' throw from FAU. Give them a visit today!

South Florida's Latin influences are primarily sourced from the Caribbean and Coastal South America, yet El Mercadito Ahtziri brings a focus to Mexican and Peruvian offerings, with the remainder of the Hispanic world feathered into their well-stocked shelves and deli counter. Aside from their unique and niche foods on offer, El Mercadito Ahtziri is known for its polite and helpful staff and ownership. For global food purveyors, the ultimate pleasure is to share the foods of their culture with new audiences and fascinated parties. The Owners and staff of El Mercadito Ahtziri reflect the openness that made our country a melting pot in the first place.

Doris' Italian market began as a mid-sized specialty grocer in Plantation and has now expanded to a multi-location Italian superstore with stores in Sunrise, Coral Springs, and Boca Raton. Doris's has long made a name for itself with one of the finest meat and cheese counters in the area, an incredible selection of specialty salads, seafood dishes, and high-end Italian delights such as truffle and caviar products. Their bakery cannot be ignored, with among the very best offering of Italian pastries this side of New York, featuring napoleons, sfogliatelles, rum babas, cannoli, lace cookies, and so much more.

Last but not least, is the best known Kosher Market to sate the appetite of our large and ever-burgeoning Jewish population. Whether observant or not, for non-Jewish visitors, "kosher" only means "quality." Kosher (and Halal foods, comparably) elevate the standard of cleanliness and the procedures taken to serve the foods you love. Such is the reason why Hebrew National is such a popular brand of hot dogs. Aroma Market & Catering serves many packaged and canned ethnic foods, but as the same states, are renowned for their catering, with their Shabbat menus, in particular, raising the bar for Jewish fare in a heavily Jewish-influenced area. Talk about standing out from the crowd!

For More International Eating In Boca Raton - see below... 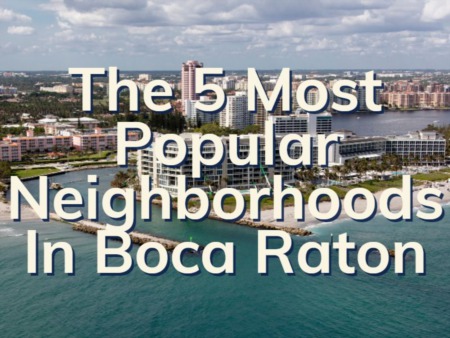 As Boca Raton's most data-driven Realtors, we use our on-the-ground experience and the top-down data we aggrandize to influence our ...Read More

Boca Falls is a guard-gated community comprised of 772 single family homes. Boca Falls has a variety of floor plans to choose from including 1 & ...Read More 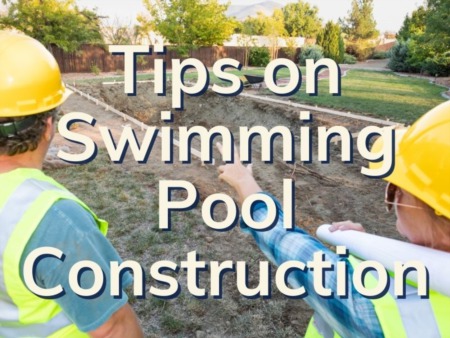 In Ground Swimming Pools In Boca Raton | A Quick Guide

We are very lucky to have miles and miles of public beaches here in Boca Raton. Many of us spend every weekend soaking up the rays and swimming with ...Read More