Boca Raton is privy to a wide number of South Floridian home styles, yet nothing is more synonymous with the beauty of our beachfront city than the name Mizner, and the style he brought to our community. Starting with the landmark year of 1926, Mizner's vision was carried out and influenced the construction of everything from hotels to public buildings, condos, and waterfront mansions. However, Mediterranean Revival isn't the only visage worth noting in Boca Raton. For design and architecture aficionados, we've organized the complete list of prevalent home design styles found around town. Read on and enrich yourself!

The most prominent of all Boca Raton architectural styles, the Mediterranean Revivalism was spurred by community forerunner Addison Mizner, whose surname is attached to the center of Downtown Boca Raton. Mizner's early designs borrowed more from the sand-swept and balmy tones of the Spanish Renaissance, with more Tuscan and Venetian features, later installed following Mizner's inspiration. Mediterranean Revival architecture is noted for symmetrical front-facing facades, red or auburn tile roofs, arched or circular windows, and open rectangular floorplans.

The Modern Floridian home is a widespread and simple build, featuring sloped, shingled roofs atop an open floorplan. Also known as the detached Florida villa, these homes are the most commonly seen in neighborhoods built beyond 1985. Simple, efficient, and hurricane-resistant, Modern Floridian homes are more about their practicality than they are inspired by beauty. This is not to say these homes are not beautiful themselves, but they are not borrowing from renaissance art or foreign influence. The nativity of these homes is part of what makes them so popular, safe, and common.

Like the Modern Floridian, Key West-style homes begin with a stable foundation and a sloped roof. Like the vibrant personalities that call "The Conch Republic" home, Key West-style homes also include playful, bright, and pastel colors behind fancier elements that further separate them from the common Florida single-family home. Bright, blooming flower brushes and white picket fences often edge the perimeter of Key West-style homes, further adding to the personality that undergirds these delightful domiciles. Lastly, and perhaps most important when identifying a Key West style home, are the louvered shutters, extended from porches, and overhang that naturally protects from the tropical heat.

More traditionally seen in Central and North Florida, Ranch Style homes have seen a surge in growth via the newer residential corridors of West Boca Raton. A domestic architectural style that originated in the United States, these homes first appeared in the 1920s before booming through the postwar middle class. These commonly single-story homes are asymmetrically designed with a garage frequently found to the side of the home. These "L" or "U" shaped homes often fall on large lots with open space, including mixtures of materials such as stucco, brick, wood, and stone, and have distinct living areas separate from the bedrooms.

During its heyday in the 1920s Art Deco symbolized the new wave of modern luxury. Unlike some previously mentioned styles which are restricted to architecture, Art Deco influenced an era and was felt through clothing, jewelry, furniture, ships, trains, bridges, and even everyday products such as radios and toasters. Art Deco was an iconic influence on the roaring twenties and the post-depression growth of the country, with the apex of this form seen in the Chrysler Building in New York City. Art Deco is still to this day a significant style seen in Miami architecture, with rounded endcaps spanned by broad flat surfaces. The swirls, curves, bends, and edges that make Art Deco such an iconic architectural style epitomize the blend of antiquity and modernity that has made so many Boca Raton homes as gorgeous as they are.

The Bungalow home is the earliest Florida-style home built, often with thatched roofs during the Pioneer Era of Boca Raton's history. In recent years the phrase "bungalow" has been stretched to include a variety of small, quaint, single-family homes, but this is more an advertising motif than a true definition. A bungalow home is spun off of the classic Craftsman style home in which simplicity and practicality reign true. Bungalows are often noted by their raised and covered front porches, large central living space, and large overhead attics for additional storage. The bungalow home is the Floridian adaptation to the classic American home, developed as suburban sprawl took root in the 20th century, today seen as a charming vestige of Florida's history, rather than just another deftly built home. 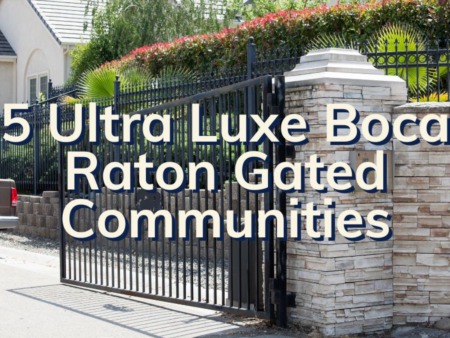 Boating is a lifestyle for many residents in Boca Raton

We recently were given the opportunity to list for sale an exclusive waterfront home in Boca Marina. Located in the tropical oasis of the Boca ...Read More 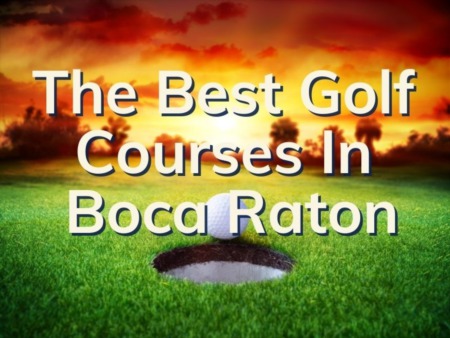